Cambodia clamps down on environmental activists 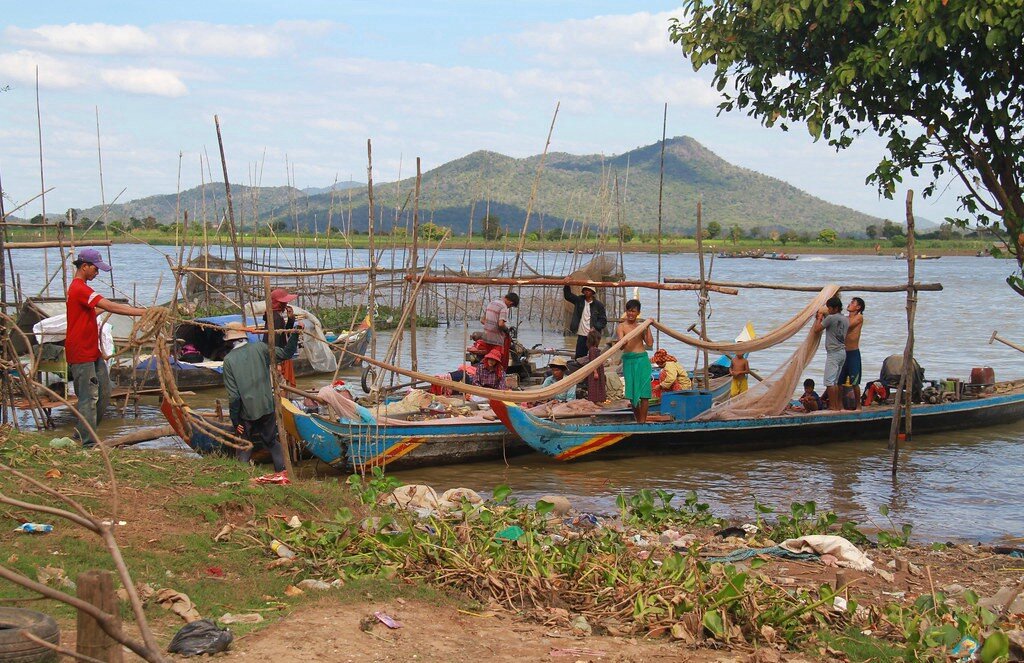 Credit: photo by Fred Alix is licensed under CC BY-NC-SA 2.0.

CAMBODIA CHARGES ENVIRONMENTAL ACTIVISTS WITH PLOTTING AND INSULTING THE KING

Members of a green advocacy group named Mother Nature in Cambodia were arrested on June 16, for documenting waste run-off into the capital city of Phnom Penh’s Tonle Sap river. But only days later, a Cambodian court charged four activists from the group with “conspiracy to plot and for insulting the king”.

Tonle Sap is Cambodia’s biggest lake and Southeast Asia’s most extensive freshwater lake with a homonymous river attached. The Tonle Sap lake and river offer rich vegetation and abundant fish resources for millions of people living around the region. In recent years, it has become a focal point for environmental activists as the river is drying up, posing a threat to the fishing community.

Among the four activists who were charged is the co-founder of Mother Nature, Alejandro Gonzalex-Davidson. The Spanish co-founder was deported from Cambodia in 2015 after criticising a controversial dam in the country. He is currently living overseas and charged in absentia.

Cambodia has a constitutional monarchy with lèse-majesté laws enacted in 2018 that forbid insulting the king. The four individuals will face up to 15 years in prison, so that would be five for insulting the king, and 10 years for conspiracy, if convicted.

This is not the first time that members of Mother Nature were arrested. The environmental rights group gained attention from the Cambodian government as recently as last month, when three campaigners of the organisation were jailed for about 18–20 months for organising a peaceful protest to voice against authorities filling in one of the last remaining lakes, the lake of Bueng Ta-mouk, in the capital city of Phnom Penh.

The recent harassment from the Cambodian government has led to the US pulling out from the Greening Prey Lang project, which has been funded by the US Agency of International Development. The five-year project aims to promote resilient, low-emission development and inclusive and sustainable management of the Prey Lang Extended Landscape in north-central Cambodia.

The US halted over US$100 million in funding, and has distributed the money to civil society groups on environmental protection.

Some human rights groups have also condemned the arrests. In a joint statement signed by The Cambodian League for the Promotion and Defense of Human Rights and 74 other groups, they urged authorities to “stop imprisoning and start listening to our youth activists who are on the front line, documenting the risks Cambodia faces from natural resource exploitation and environmental degradation.” 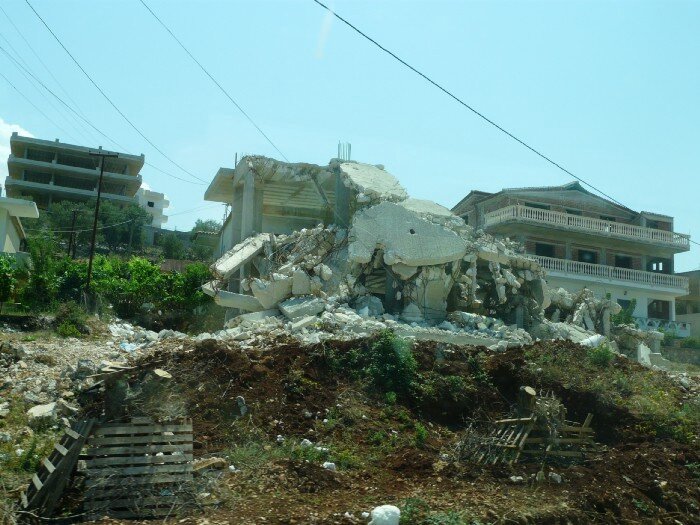 Credit: Photo by Piotrus is licensed under CC BY-SA 3.0.

The pristine green mountainscape of Changyao on the east bank of Dianchi Lake in China’s Yunnan province, has now turned into a concrete mountain full of man-made villas.

Environmental inspectors found out in May that over 1,000 villas and flats were built illegally on the hillside, taking up more than 90 per cent of the mountain surface. Some were even built in a primary conservation area.

At least 47 villas under construction and 36 completed units have already been torn down. Authorities gave a September deadline, ordering all the other illegal buildings to be demolished. Trees are also required to be planted in the area to help restore the damaged ecosystem.

This isn’t the first time environmental inspectors noticed the illegal development. Back in 2016, inspectors from Beijing pointed out the illicit construction activities on the primary conservation area. However, local officials neglected and did not stop the developers from continuing the project. Critics condemned the local authorities for not intervening and protecting the area.

Then two years later, in 2018, Kunming Northstar Group constructed more villas for tourism, but with a license for healthcare homes — the only kind of facility allowed in the secondary conservation areas.

Dianchi Lake and Changyao mountain have long been victims of environmental pollution since the 1980s with mining and chemical manufacturing in the area. Local authorities managed to close down many of these factories in the 2000s, but then at the same time, real estate developers introduced another wave of illegal construction projects.

Photos of whitetip reef sharks in Malaysia’s Sabah state on Borneo island went viral as the shark’s head appeared to have spots and lesions on its head.

Whitetip reef sharks are known for their distinctive white tips on their fins. They are a common and broadly distributed species and are also nocturnal. One of the things they like to do is pile on top of each other and lie motionlessly for hours, because this species does not need to move when it breathes.

These sharks showed an apparent mysterious skin disease. A team of marine biologists began to investigate, and together with amateur divers and experts from conservation groups, universities and governments, they found that similar symptoms appeared on every group of sharks they encountered in Sipadan island.

While a full scientific study is yet to be conducted, it seems that climate change could be a factor, as the sea surface temperatures around the island have gone up by one degree since 1985. The observations also coincide with reports of coral bleaching in the area.

The team also tried to capture some of the sharks to obtain samples for testing, in the hope to identify the pathogenic cause of the lesions. However, that has not been successful, the team is aiming to try another time in July.

Subscribe to GreenBites and our other podcasts at www.sustainableasia.co. And don’t forget to follow our social media @SustainableAsia so we can keep you up-to-date on green news.