How green are the Tokyo Olympics? 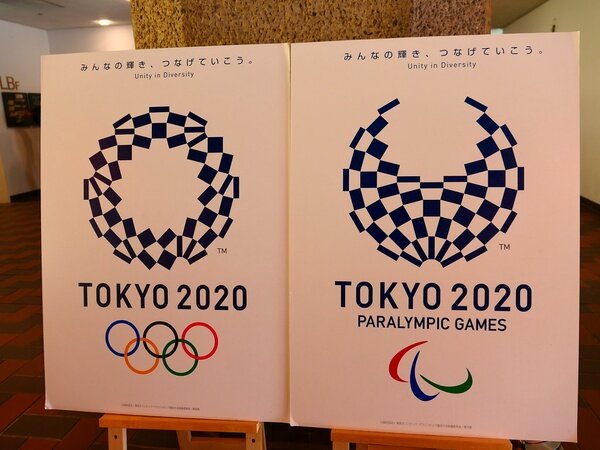 The Tokyo 2020 Olympic Games have been hyped as the greenest games so far. Remember when they promoted the medals made from recycled metals extracted from electronics? Let’s also not forget the recycled materials being used to make the podiums, athlete beds, and the torches. While it is interesting to see the degree of thought put into it, NGO investigations have found that the plywood sourced for constructing new sports venues in Tokyo were sourced from unsustainable sources, violating the Tokyo Olympics Sustainable Sourcing Code.

According to a joint statement from NGOs including Rainforest Action Network, Environmental Investigation Agency (EIA) and Friends of the Earth Japan, about 40 percent of the logs used to produce plywood in 2017 came from tropical forests that had been cleared and converted for the development of coal mines and oil palm plantations. They also said that Sumitomo Forestry, which had supplied the Indonesian plywood, had acknowledged providing conversion timber to both the Ariake Arena and the New National Stadium. This was also confirmed by the Tokyo Metropolitan Government.

Apart from accusations from environmental organisations, some have also been wondering whether the hype on the use of recycled materials is simply greenwashing. Research from Dr. Sven Daniel Wolfe of the University of Lausanne in Switzerland, shows an overall decrease in so-called “sustainability” at the Olympics between 1992 and 2020. Wolfe and others have measured economic efficiency, ecological impact and social justice of each Olympic Game. They concluded that corporate profits and a drive to showcase grander spectacles are still what power the Olympics despite all the messages about the environment.

Speaking of corporate profits, take one of the Tokyo Olympics’ major sponsors which has drawn criticism for its views on how we should transition to cleaner energy. We are talking here about the Japanese car manufacturer Toyota who has been in recent months opposing a full transition to electric vehicles. While other automakers have pushed for fully-electric cars, Toyota is taking the view that a green transition should gradually take place with gas-electric hybrid vehicles, like its prized Toyota Prius, which is still occupying an important role. This has led the company to oppose stricter car emissions standards in markets such as the US, UK, EU and Australia.

On top of hybrid vehicles, Toyota is betting that hydrogen fuel cell cars can also play a larger role in this green transition. We’re talking here about a costly technology that isn’t widely available in terms of refueling infrastructure and has been found to emit more than hybrids. Yet, as a sponsor, Toyota has been getting its message across with hydrogen fuel cell carsshuttling Olympic personalities around Tokyo, not to mention the torch which was fueled by hydrogen for part of its journey.

On the other hand, Wolfe has credited the Tokyo Olympics for trying. He is joined by Masako Konishi, the climate energy project leader at World Wildlife Fund Japan (WWF Japan), who points out that the sustainability plans for these games are better than others. Konishi notes that the extra electricity required for the Tokyo Olympics will be 100 per cent renewable energy, which includes solar and biomass, setting a good precedent for future events. While thousands of athletes would need to be flown in from around the world, the organizers have obtained more than 150 per cent carbon credits from carbon-saving or carbon-storing companies to offset all emissions considered.

The carbon market system in and of itself may not be the perfect solution, however many have treated this financial tool as a potential to better regulate emissions while funding projects that help reduce them. The price of credits in the European Union has seen a significant increase in recent months and China has recently entered the market with its national Emissions Trading Scheme which we’ve covered previously.

With the Tokyo Olympics gathering global attention, it’s inevitable that other news may be kept out of the limelight — what’s less discussed is climate news from developing countries, where climate change is more likely to have an immediate effect. 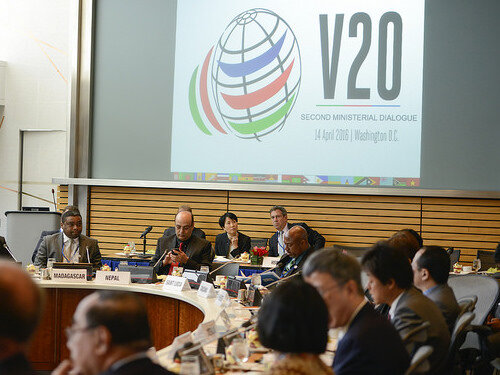 In light of all the extreme weather events of late affecting developed countries, the V20 Climate Vulnerable Forum was held on July 8, 2021 in Dhaka, the Bengali capital. The V20 is a group of 20 vulnerable nations in the global south which founded the Climate Vulnerable Forum in 2009. Some of these include nations in Asia, such as Bangladesh, Vietnam, and the Philippines, but also in Africa with Kenya and Ethiopia, and Latin America, such as Columbia and Costa Rica. This year’s meeting gathered heads of government or finance ministers from 48 countries, including the US’ John Kerry, international climate envoy, the UN Secretary-General António Guterres, and the president of the World Bank Group.

These representatives discussed ways in which climate change impacts their respective countries. More importantly, the delegates reminded wealthy signatories of the 2015 Paris Agreement of their pledge to limit temperature rise to 1.5 degrees Celsius and to provide the US$100 billion a year in climate aid to low-income countries.

Bangladesh, as the host of the talks, led the way by unveiling its Mujib Climate Prosperity Plan, so-named after the father of the nation. The plan includes studying climate-related risks and opportunities, and making sure they are reflected in decisions made in the public and private sectors. It points to the need to coordinate efforts from different sectors and different systems already put in place to achieve climate goals while developing economically, calling for investments in nature and climate resilience.

Many other topics were also brought up such as the implementation of carbon trading in vulnerable countries, and the link between climate change and human rights which has been a growing issue especially for island nations who very much feel the effects of rising sea levels. All of this would no doubt require wealthy nations to fund these efforts as pledged in the Paris Agreement, unfortunately, efforts so far at providing funds towards climate efforts have been wildly inflated, based on loose definitions and accounting loopholes according to an analysis by Oxfam.

All this seemed like such an important message to get out, so it was all the more surprising that by mid-July, according to the climate news organisation Covering Climate Now, no major western news outlets had covered this important meeting, except for the Thomson Reuters Foundation, the charity branch of Reuters. This same article was then picked up by the Canadian Broadcast company and the Daily Mail in the UK. And to think that the organizers of the Climate Vulnerable Forum even held meetings at 10:30pm Dhaka time to make it more convenient for people to stream the event from London to New York. The lack of coverage of this event does not however make the messages less important, and it will be interesting to see how wealthy nations respond to it in the coming weeks or months.

In this episode of GreenBites, we also covered the re-introduction of the trawling ban in Indonesia. Check out our latest podcast episode to find out more. Subscribe to GreenBites and our other podcasts at www.sustainableasia.co. And don’t forget to follow our social media @SustainableAsia so we can keep you up-to-date on green news.