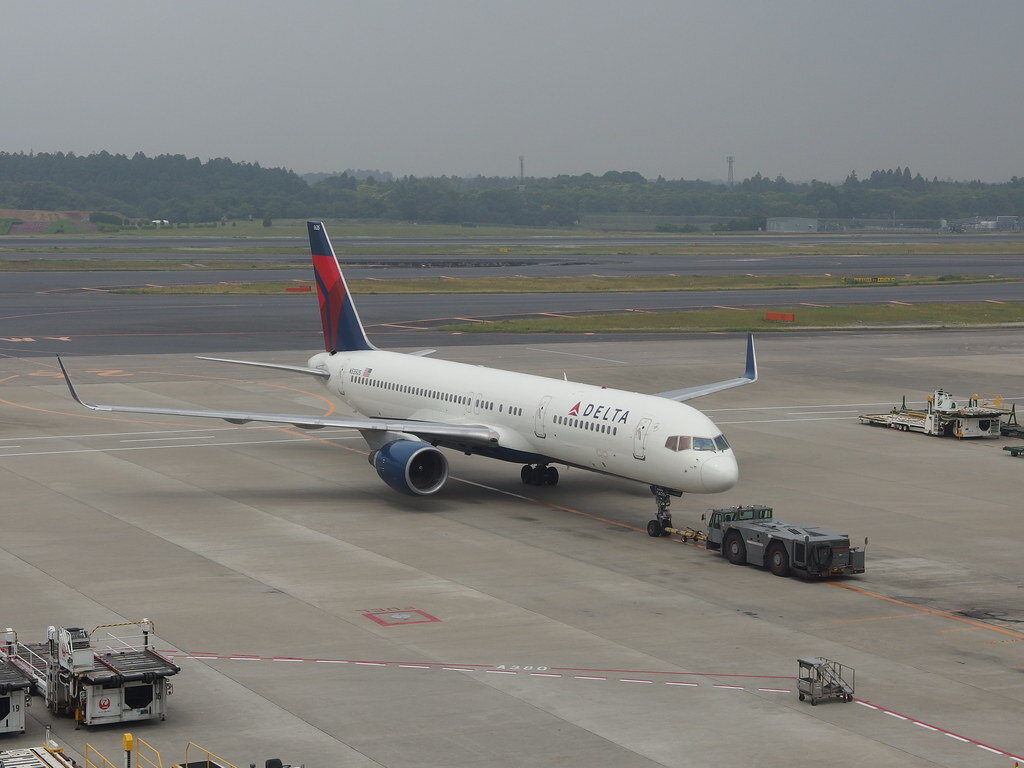 Starting from 2025, JSC Holdings and Cosmo oil are aiming to produce 30,000 kilolitres of biofuel per year.

One of the dirtiest industries in the world, aviation is slowly turning to greener alternatives…and Japan has turned its eye to food-based jet biofuel. But…how will it play out ?

In Japan, jet biofuel is being commercialised for the aviation industry, which has been under pressure to reduce carbon dioxide emission to meet the country’s climate targets. Engineering corporation JSC Holdings and petrochemical company Cosmo Oil are building a jet biofuel factory, which aims to produce 30,000 kilolitres per year and kicks off production in 2025. They will collect waste cooking oil from restaurants and food processing factories to convert it into biofuels.

In fact, any fuel derived from waste plastics or even living matter such as plant, algae material, animal waste, among others, could be considered biofuel. Compared to traditional jet fuel, the total carbon emissions from sourcing to burning biofuels is approximately 80 to 90 percent lower. Despite generating some emissions, biofuel seems to be the next best alternative before electric aircraft technology really “takes off.”

Sustainable aviation fuel has already been widely used in Europe; major airlines in Japan like Japan Airlines and All Nippon Airways are also following suit. The Japanese government estimates that domestically produced biofuel could reach up to 5.6 million kilolitres in 2030.

However, the cost of biofuel is at least double that of traditional fuel, making it commercially challenging for widespread adoption. Japan is trying to lower that cost and The International Civil Aviation Organizations are restricting emission levels, which should encourage a smoother transition to biofuel. 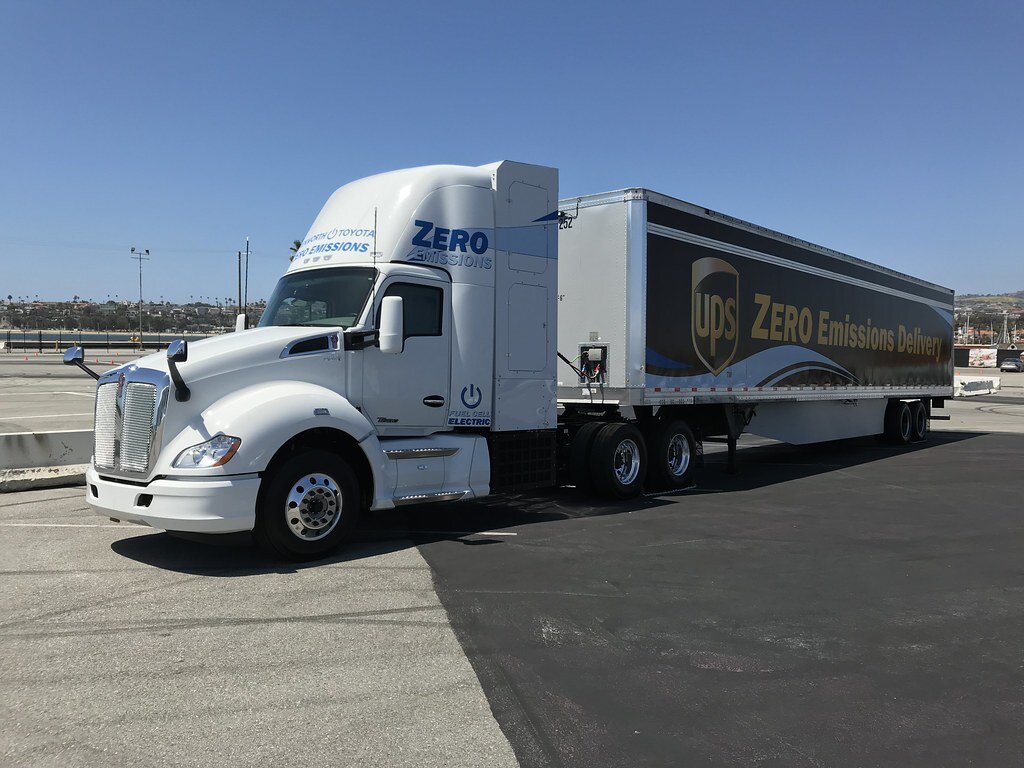 Credit: photo by TruckPR is licensed under CC BY-NC-ND 2.0

As countries are scrambling to put more electric cars on the road, Japan is seeking to reduce the logistics industry’s carbon emissions by developing more electric trucks. Japanese commercial vehicle producers Isuzu Motors and Hino Motors cooperated with Toyota to develop new technologies for commercial vehicles, while Suzuki Motor and Daihatsu Motor also took part in the Toyota-led alliance this month to accelerate the EV push in Japan.

As a major sponsor of the Tokyo Olympics, Toyota triggered a backlash among environmentalists for its opposition to an immediate full transition to EVs in Japan. Despite its new EV models, Toyota supports using gas-electric hybrid models and hydrogen fuel cell cars while the world is gradually transitioning to EVs.

Toyota with Hino and Isuzu established a new partnership to develop new technology solutions for the current problems EVs are facing. Batteries for electric vehicles require the use of expensive metals like cobalt, and they account for up to half of the cost of an EV. If there’s no way to increase the supply of such metals or find other alternatives, lowering the price is going to be quite challenging. It partly drives up the production cost of an electric truck in Japan, nearly double that of a fossil-fuel model. Therefore, subsidies are essential for trucking companies to deploy no-emission fleets.

Charging is also a big challenge. Limited infrastructure means a longer charge time, making it harder for such electric trucks to be used as often as their fossil-powered counterparts. For example, Mitsubishi Fuso’s eCanter quick charging takes no more than 90 minutes, but drivers need 11 hours for normal charging, yet only about one in four electric charging stations in Japan are currently equipped with quick chargers. 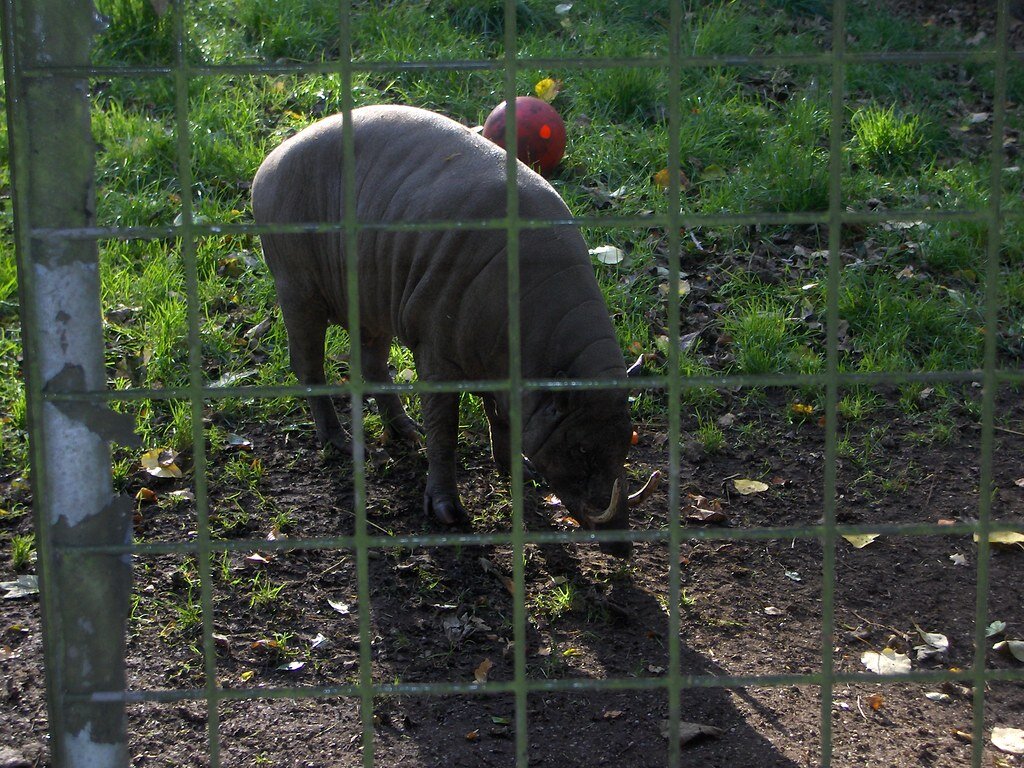 Credit: photo by IBBoard is licensed under CC BY-NC-SA 2.0

In an Indonesian lore, when people get lost in a forest, an animal usually appears as a furry armour to guide them back to safety. With long protruding teeth like large pigs and antlers like deers, locals call these guardians pig-deer, or babirusa.

Exclusive to the island nation, the wild swine has been living on Buru Island, but no one had seen them since 1995, until recently, when the photos of them were captured.

A research project has placed 10 camera traps to monitor these babirusa, and nine of them captured the species in the Masbait Nature Reserve between April and June this year. This project was supported by a U.N. Development Programme international aid project designed to support the ministry’s conservation efforts, especially on the island of Sulawesi in eastern Indonesia.

Under the conservation policies and the care of the locals, it is hoped that their populations will thrive again in the future.