With all the effort going into recycling, Europe is still only at a 30% plastic recycling rate, and the US trails way behind at 9%. And this was before China stopped processing the West’s recycling! Why are these numbers so low? When did plastic recycling get so complicated?

Hi. My name is Sam Colombie. Marcy and I spent many, many hours making this documentary series possible. And now that the series is out, I realise there is just so much info that never made it to the final cut! So if you’d like to find out more about this issue, the people we interviewed, or the details they mention; this is the place. I’ll try my best to add all the links and info you might be looking for, but you can always reach out to us on our contact page if there’s more we can help you with.

In our last episode, Sorting Through China’s Plastic Waste, we found out what motivated China’s decision to end the trade in recyclable plastics. Experts in Chinese waste management could tell us all about China’s ambitious plans to revamp its domestic industry, but we were left wondering why the West depended on the export of recyclables in the first place. Why can’t this trash be recycled in the places where it is produced? Why go through the effort of sending the stuff to the other end of the world?

Well, it’s the economy. Stupid. The cost of recycling is too high to be profitable for any Western company. So now that China won’t take the West’s unsorted waste anymore, there are three options: lowering the cost of domestic recycling, finding another developing nation that will take our waste, or giving up on recycling and sending recyclables to landfill.

Though no one is in favour of ditching recycling altogether, this is exactly what is happening. As industry leaders in the UK have admitted, no one has a clue how to solve the issue as quickly as necessary. Many in the industry are turning to incineration and landfilling as temporary solutions, even though landfilling of recyclable plastics in Europe was supposed to be phased out by 2025. Activists also warn that temporary solutions often drag on much longer than intended. If we turn to burning recyclable waste now, we might get a bit too comfortable.

Now that the general public is generally on board with the whole recycling thing, it would be a step back to revert to landfill and incineration. So a slightly better option is to continue sending the recyclables abroad, to another country that might take it. And plenty of countries are willing to take China’s place, as Reuters reports:

Preliminary data from the [Bureau of International Recycling], shared with the Thomson Reuters Foundation, showed imports of plastic waste into Southeast Asia are already rising fast. Due partly to a ramp-up in shipments in the final quarter of last year, the BIR estimates that annual imports of plastic scrap into Malaysia jumped to 450,000-500,000 tonnes in 2017 from 288,000 tonnes in 2016. Vietnam’s imports rose by 62 percent to 500,000-550,000 tonnes for 2017, while Thailand and Indonesia showed increases of up to 117 percent and 65 percent respectively.

But we might soon lose this option as well.

The industry fears, however, that a flood of unregulated plastic waste to these countries could lead to similar problems as those experienced in China, resulting in copy-cat bans.

As long as the West keeps sending unsorted waste to other countries, these countries will suffer the same problems China faced, and will soon decide against continuing the trade in recyclables. So eventually the West will need to improve the sorting of domestic waste. And that means reducing the cost, so that the business becomes cost-effective for the domestic industry.

To learn why recycling plastic is so expensive, we invited Doug Woodring to the studio. Doug is an environmental entrepreneur and founder of a whole list of platforms and initiatives aiming to change the way we deal with plastics. Among these is the Ocean Recovery Alliance, an umbrella organisation for environmental projects and member of  Ocean Conservancy’s  Trash Free Seas Alliance.

Doug: The challenge is that the waste systems today globally mostly are not prepared to handle the myriad of plastics in the waste stream.

Our recycling system is stuck in the ’80s, with all 40,000 types of plastic classified in just seven ‘resin codes’. 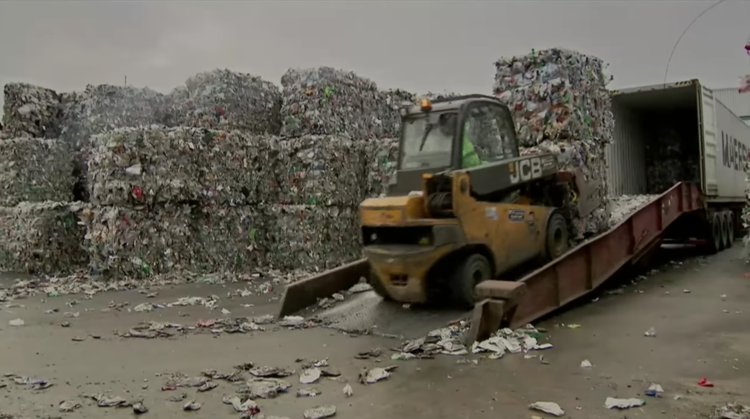 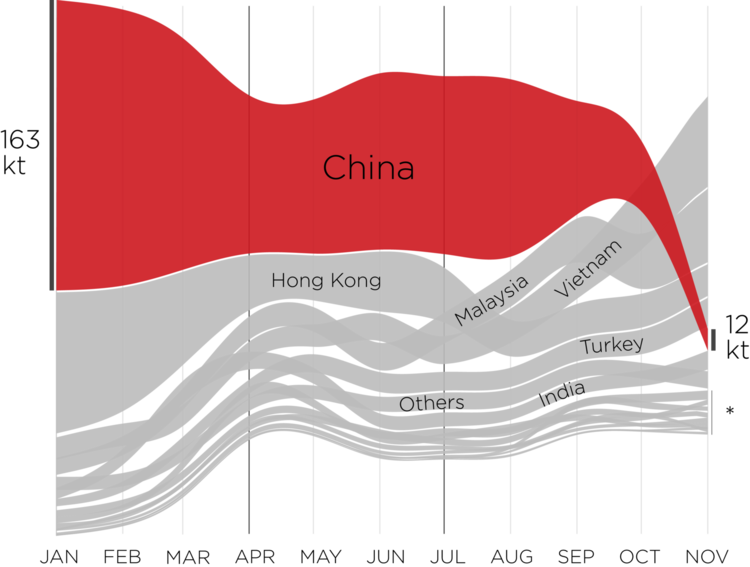 Monthly exports of plastic waste from the European Union to countries outside the bloc in 2017, in kilotons | Eurostat via Politico 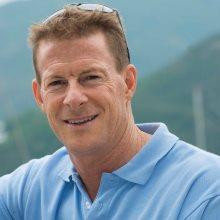 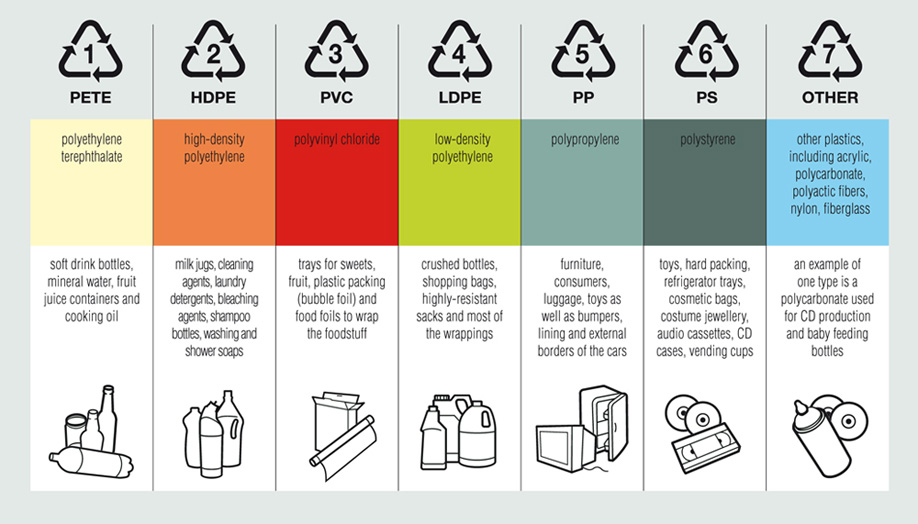 But these resin codes lead to a few misunderstandings: first of all, a resin code does not tell the customer whether the material is recyclable; it’s only an indication of what ‘genre’ of plastic was used. Different waste management authorities will recycle different types of plastic. In developed countries, it’s usually safe to say codes 1 and 2 will be recycled. But consult your local authority to find out what other codes are processed, if any.

A second misunderstanding is that products are manufactured out of one single type of resin—something you might conclude seeing the examples for each resin code above. But while water bottles, for instance, are usually made of PET, the caps are usually PP. And this does make a difference, as environmental journalist Josie Garthwaite tells NPR:

Part of the difference is their melting point, which can be a big issue when it comes to processing it through the whole recycling system. It has to be sorted. It has to be washed. They shred it into flakes. They might sort it by density by putting it in water. But ultimately, it has to be melted. And there’s about 100-degree difference between the melting point for the cap versus the bottle.

Different resins, different rules; but who removes the small PP sealing rings around the neck of the PET bottle? It is up to the producers of plastic products to take recycling into consideration, says Doug

Doug: There is no standardisation law on material use, and there is not enough design thought put into the afterlife of that product, and how to take it apart. We build these things but we don’t think about how to get them apart again and get the different material types into the seven streams of families.

And Philippe Li of Hong Kong Recycles agrees. He runs a social enterprise collecting recyclable waste in the city, and had this to say about plastic design:

Philippe: If you look at bottles, they consist of around three types of plastics. The lid, the bottle and the label. That is what makes it so difficult to recycle. Because in one product there’s different types of plastics. A shampoo bottle has the metal spring, the lid, there is the tube and there is the bottle, so there’s at least three components there. If you design a product that uses one type of plastic or material that makes [recycling] really simple.

When consumers fill their recycling bags with resins that can’t be recycled, the industry has a tough time sorting through the waste, driving up the cost. In Hull, England, for instance, BBC reported in 2016:

It costs the council £50,000 a month to deal with contaminated items and the authority at one stage resorting to removing bins from households it believed were consistently breaching the rules.

By redesigning plastic products with their afterlife in mind, the cost of sorting our waste can be drastically reduced. And there is a drive in China to take on this challenge, as Doug tells us:

Doug: When I have spoken in China on this topic before, I found people really weren’t aware of it. Because it wasn’t something always talked about in China – there are many other issues… not really this one. So when I talked at a design/fashion event one time, to a full house, people seemed in awe, but they also then were very eager to solve the problem. I found more eagerness than some countries in the West, which are a bit numb to some of this discussion.

China’s decision has magnified the flaws of the current recycling scheme, and can help us rethink the way we produce, use, reuse plastics. 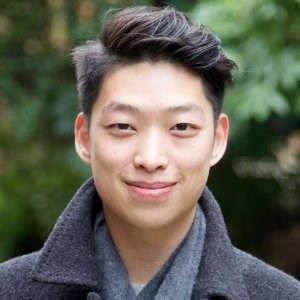